This is one of the first games (1977) I have ever written in Turbo Pascal 7.0. It’s a simple space shooter where you control a jet fighter and fight off alien UFO’s.

The main menu is in Dutch. Here is the translation:

Reading through the sourcecode I found an easter egg! 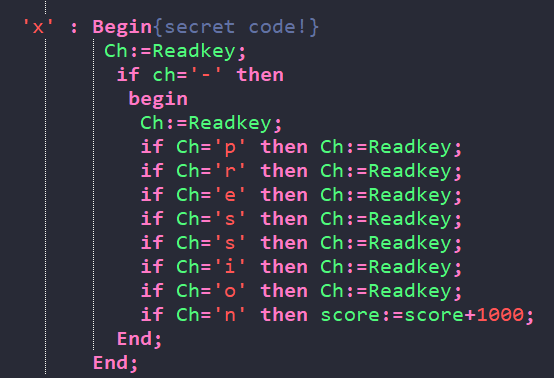 Included in the ZIP is the Turbo Pascal sourcecode.